After taking a year off due to the pandemic, we're looking forward to celebrating Cornwall's favourite food when the World Pasty Championships return for the 10th anniversary, taking place this year on St Piran's Day.

Our World Pasty Championships take place in the day and are free to attend within normal admission. Please note that booking remains essential, including those with valid Membership, Locals' Passes or Annual Passes.

We're looking forward to an all-star line-up of music and comedy and a fabulous showcase of baking skills for the World Pasty Championships on 5 March 2022.

Programme for the day

Pasty Pageant – Rainforest Biome Side.
Go and have a look at some of the most ‘ansum pasties in all the land.

10.45am: Alex Robertson
Alex Robertson is a British singer and songwriter with a focus on emotional acoustic songs. After years of playing music, he developed a distinctive sound and a very earnest song writing style that connects with people on a deeper level. He recently released his debut single, “Cast Aside”.

12pm: The Countrymen
The band was formed from an open mic night at their local, The Countrymen Inn near Launceston, which is where the bands name originates. They soon found a mutual love of singing in harmony and almost accidentally developed a strong reputation for an emphasis on Cornishness in the repertoire.

1pm: Molly Hocking
Born in St. Ives, Molly has sung and performed from an early age, performing at open mics, theatres and other local music venues around Cornwall. Her style is unique and there is no mistaking her voice when her songs are played on the radio.

2pm: Pasty Man & Pastry Maid
Cornish tartan-clad superheroes Pasty Man and Pastry Maid, bringing mirth, mayhem and pasty-themed fun to the Eden stage and around the home of the Biomes.

3pm: Horses on the Beach
HOTB was born from the coming together of five individuals who all suffer from a compulsive urge to make people dance. As the only socially acceptable way of satisfying these urges, playing live music has helped them gain some stability in their lives.

4pm: Flats & Sharps
Flats & Sharps are a four-piece bluegrass outfit from Penzance, Cornwall. Delivering energetic, enthusiastic, and spirited Bluegrass to audiences all around the world, Flats & Sharps have been performing their unique take on this music for over ten years.

5pm: Oggy Awards
Ere, come and see who the winners are of the 10th World Pasty Championships!

11.30am: Crimping Heat - Round One
Watch Cornwall’s fastest professional crimpers battle it out for a place in the final.

12pm: St. Piran’s Story
Take a seat and listen to the fascinating tale of the Patron Saint of Cornwall.

12.30pm: Crimping Heat - Round Two
Watch Cornwall’s fastest professional crimpers battle it out for a place in the final

1pm: Seafood Pasty Demo with Graham Cornish, owner of the Cornish Cornish Pasty Company
Graham will show you how to make his award-winning seafood pasty, using locally sourced fish, with clotted cream and a hint of saffron, and will happily help you with any pasty challenges you may have.

2.30pm: Bagas Kernewek Sen Austel (St Austell Cornish Language Group)
Ere, ever wanted to learn some proper Cornish? Perhaps you could surprise your local bakery the next time you order your large steak pasty in Cornish!

3pm: Crimping Demo with Jason Jobling, Chair of the Cornish Pasty Association
Having been involved in baking from the age of 12, there’s little Jason doesn’t know about pasty making, particularly the bit that can be baffling – the crimp. Watch as Jason shows how it’s done; there’s also the chance to have a go under his watchful eye and learn how to perfect your style.

3:30pm: The History of the Pasty
A fine story about how the beloved pastry evolved. 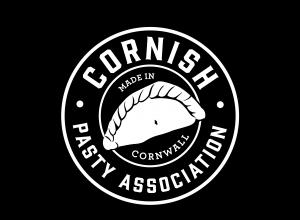 Here at the Eden Project, we're extremely lucky to call Cornwall our home, and our World Pasty Championships – which are supported by the Cornish Pasty Association – are a fantastic opportunity for a good old Cornish shindig, with pasties galore and live music and entertainment from local bands.

We invite pasty makers across Cornwall, the UK and the world to enter the competition and take part in the county's beloved bake-off.

This event is open to both amateur and professional bakers, and every pasty entered will be judged, so we need to advise that there will be a limit on numbers.

There are eight categories in the Championships with the opportunity to enter a traditional Cornish pasty or an alternative savoury pasty:

In 1993, The European Union (EU) created a Europe-wide framework for GIs and in 2011 the Cornish Pasty was (and still is) registered under that scheme with Protected Geographical Indication (PGI) status.

The UK now has its own scheme, which mirrors the EU scheme, and gives continuing protection to the Cornish Pasty within Great Britain now that we have left the EU.

The schemes are important because they aim to sustain regional food products and rural economies that can become vulnerable as regional markets move into national and international supply chains.

Registration to enter the World Pasty Championships has now closed.

How to make a Cornish pasty