Eden Project Foyle is set to be a new riverside cultural and environmental tourist attraction in Derry~Londonderry in Northern Ireland. It will transform the banks of the River Foyle, linking the Boom Hall and Brook Hall estates and giving public access to previously inaccessible land. 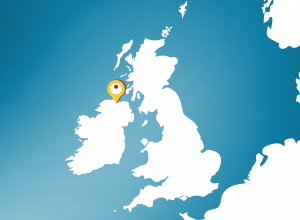 Working with local partners in Derry~Londonderry, Northern Ireland, Eden Project Foyle will turn a contested historic site along the banks of the River Foyle into an internationally important visitor site with world-class built and natural heritage.

Through this project based around Boom Hall and Brook Hall estates, we will interpret and bring into public use a historical landscape and series of walled gardens to create opportunities to learn, engage, explore and play.

The project will draw on the success of the Eden Project with a two-fold strategy; to connect local people to their place and history, and to attract visitors to Derry as a destination to drive economic growth and prosperity.

A project grown from an Acorn

The first images of Eden Project Foyle show the project centrepiece, a spectacular building known as the Acorn. The Acorn is inspired by Neolithic architecture and connected with a network of walkways.

Inside the Acorn would be a performance area and play spaces. Visitors would be able to walk on the roof and take zipwires down to the walkways. The structure would be nestled within the trees and inspired by the forest, with a timber and thatch construction which is light, efficient and low-carbon.

It is thought that the Acorn would become the biggest undercover play area in Europe.

A Garden of Eden

Beyond the Acorn, plans for the site include productive gardens that showcase the best of Northern Ireland food and drink to stepped ponds, sunken labyrinths, futuristic roof gardens, and a nature-based play experience.

The spaces provide a range of sanctuaries and enclosures to discover, explore and get lost in. Each space to be joined together by weaving pathways, floating boardwalks, rope bridges, slides and zip-wires to form the world’s most playful landscape.

Brook Hall is the ancestral home of Dr John Gilliland OBE, a farmer and specialist in climate change and biomass.

Thanks to the enthusiasm and dedication of John and his forebears, Brook Hall is already home to a world-class arboretum and beautiful walled gardens.

Boom Hall is a now-derelict building which was built in the 18th century. It took its name from its proximity to the point where ships breached the boom across the Foyle, built during the Siege of Derry in 1689.

It is predicted that Eden Project Foyle would attract 400,000 visitors every year and would make a significant contribution to the regeneration of Derry~Londonderry generating an annual £62m of economic impact and supporting 2,233 jobs within the local economy.

This project re-imagines Morecambe as a seaside resort for the 21st Century, inspiring wonder and a connection with the natural world.

This was the first Eden Project to be announced outside Cornwall. It will be themed around water, showing that it is the life blood of nature, culture and civilisation.

We curated the content for the green centrepiece of the Dubai Expo 2020.

A transformative project for the Scottish city, drawing on its rich history and playing an important role in the regeneration of the Dundee waterfront.

A concept for a world class eco-tourism attraction on the site of a former coal mine.

An ambitious plan to restore a thriving "biological corridor" of dry tropical forest while supporting local communities on the Nicoya Peninsula.

Comprising a multi-sensory world-class visitor destination and new neighbourhood, this project will be based at the Avonside Loop in Christchurch.

We're working with UNESCO and the University of N’Djamena on the ecological regeneration of Lake Chad.

This new model for healthy living and better lives will be located in a former limestone quarry and will comprise a network of attractions and a new town.

This is an exploration of the circular economy in a regenerated community following a historical industrial accident.

We are an educational charity and social enterprise. Our global mission is to create a movement that builds relationships between people and the natural world.
FIND OUT MORE